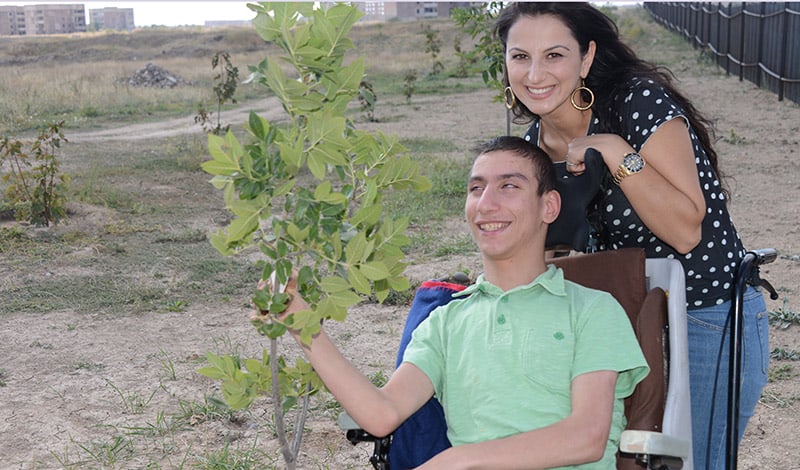 Screening with the best meaning

XAVA Recycling sent an LS28 to Armenia via Caritas Vorarlberg to support an aid project for disabled children.

Stefan Lößl has been in the marketplace on the market with his compact vibrating screens since 2014 and has now built up an excellent dealer network with numerous satisfied customers in Austria, as well as parts of Switzerland and Germany. But a delivery to Armenia was a completely new scenario for the young businessman. “One of my dealers approached me with a request to support Caritas Vorarlberg Foreign Aid with an LS28 vibrating screen in a project for handicapped children in Gyumri”, says Lößl. This was an easy decision for him to make, so a new XAVA LS28 screening machine arrived in Armenia at the beginning of July 2017.

An energy self-sufficient daycare centre – a unique project in Armenia

The childcare facility “Emili Aregak” in Armenian or “Emil’s little sun” in English has been in existence since 2008. It was initially run as a small centre in the city with very limited places. In 2010–2012, new plans were made and in September 2013 construction started on a new building. Finally, in autumn 2015, “Emil’s Little Sun” was reopened as a therapy centre for children with multiple disabilities.

At present, 100 children between 3 and 16 years of age, mostly with multiple disabilities, are cared for. They are offered physiotherapy, psychotherapy, occupational therapy, speech therapy, art therapy and music therapy. 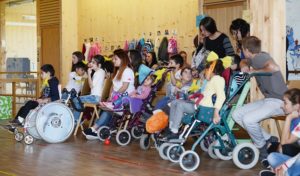 The childcare centre has been energy self-sufficient since its reopening. The electricity comes from a photovoltaic system that generates about 120,000 kilowatt hours of electricity per year. The conditions here at 1,600 metres are ideal. About 300 sunny days and lots of wind which cools the modules create an optimal environment. The heating and cooling works with two heat pumps that extract the energy from the ground water. For this purpose, a 120 metre deep borehole was drilled. The water is used to irrigate the property, so the system is heating, cooling and irrigation at the same time. About 70 volunteers have worked on the project, Bernd Fischer from Vorarlberg being one of them:

„My heart and soul are in this project – we’ve invested so much time and energy and the results are impressive. We easily cover our own consumption of electricity of about 80,000 kilowatt hours and also sell it to an energy supplier for the equivalent of about € 5,000 per year. That’s worth a lot in Armenia.“

XAVA screens being used for the aid project

Now, a path around the daycare centre is to be treated which can also be used by wheelchairs. For this, XAVA’s LS28 vibrating screen will be used to screen the earthworks material to 0 to 16 mm in size, which will then be used as the base for the path construction. 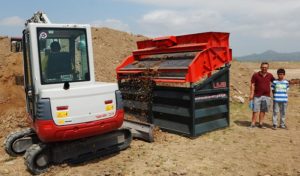 XAVA founder Stefan Lößl was on site for the commissioning:

„It’s a really good feeling to be supporting such a great project. Our units are easy to operate and maintain, so not much training was needed. But I really wanted to see the job site for myself and I’m amazed by the enthusiasm and dedication of the volunteers and support staff.“

Bernd Fischer is optimistic about the future: “In the future, we would also like to take care of young people from the age of 16 and are in the process of creating a garden with vegetables, herbs and trees as well. Because of businessmen with heart like Stefan Lößl, these projects are made a bit easier. We thank him very much for his support and he’s – as well as any other interested party – always welcome to join us.“

SHAKE IT. MAKE IT. TAKE IT.

Hit enter to search or ESC to close